Despite the blog silence there have been a few FOs here lately. Among them these sweet hats, made for my cousin's twin girls that arrived two (TWO!) years ago. 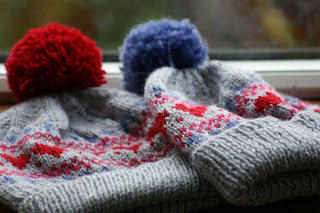 Pattern: Fair Isle hat by Zoe Mellor in Nursery Knits
Mods: adapted the number of stitches to suit my gauge; knit one flat and the other in the round
yarn: 4-ply from stash (various)
dates: started and finished in October 2012

As identical twins, they have been colour coded from birth by their parents. One is red and the other blue, so I made hats which are (virtually) identical except for the bobbles....

The jelly bean has taken a fancy to them, and has requested one of her own. She did quite a good job of modelling don't you think? 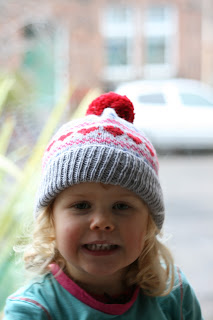 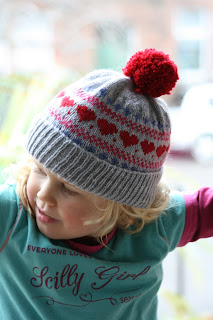 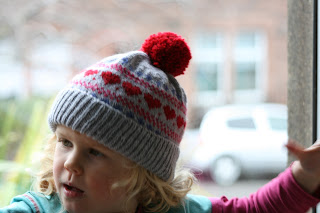